My philosophy on movement has been a wild ride for sure – from dancing in hallways, to working with fancy machines, to lifting some heavy stuff, I’ve been around some pretty unique ideas, and seen some extravagant displays of both strength, athleticism, and art. 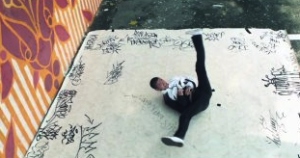 One of the most recent developments and things I’ve come to respect is what the role the diaphragm has on our capacity to breathe. I always respected that we needed to breathe, from both a recovery standpoint and a utility point of view when lifting heavy weights, but the details were always muddy water, so to speak.

After taking my 3rd Postural Restoration Institute course, reading several physical therapy-oriented books, reading “I-lost-count” on the amount of research articles on spinal stability, on top of completing an internship at both Cressey Performance and Endeavor Sports Performance, I can say that I’m now becoming more aware of these implications that breathing has on our performance. In fact, I’m learning even more everyday I work with athletes and apply these principles of movement and breathing. Things are becoming clearer for me as I go into the rabbit hole that is functional anatomy.

Name dropping not quite over, Eric is back with another video exemplifying the role of the diaphragm during exercise prescription, along with showing four different exercises that all aim to help establish a better capacity for breathing.

In true Jay-Z like fashion, Eric drops an over eight and a half minute video without fumbling on his words once, and doing everything in one take. When I helped record a few videos of his last year, I remember thinking this to myself, and I wanted to give it a try. After fumbling over my own words when I made my own videos, and taking at least 3, 4, or 5 tries to record a 3-5 minute video in one whole take, I had to give this man some respect. To continue the Jay-Z comparisons, if Eric’s book Show and Go could be considered The BluePrint, High Performance Handbook must be The Blueprint 2.

(Side Note: If Eric is Jay-Z, then Tony must be his hype man Kanye West. Tony is pretty controversial as it is…)

With that being said, if this video could be part of a mixtape, his Breath Better, Move Better single would be blowing up the hip-hop world right now. I’m waiting with bated breath over the release of his High Performance Handbook right now.

If anything, check the video out and see if you can spot any parts where Eric fumbles. I pretty much lived in his facility last year for about 4 months, and I haven’t seen him miss a repetition, let alone see him mess his rap game up.