This article originally started out as the basis of how the nervous system can affect the muscular system, but when I examined my thought process, I began to realize just how vast the rest of the body can affect everything else.

At risk of oversimplifying – everything is connected, and everything matters.

On that note, the body is in a constant state of achieving homeostasis, which can be reflected via several systems throughout the body.

It would be folly to ignore any one system with regards to enhancing performance, but these three are of the highest priority towards achieving the goals of higher performance.

If your skeletal system is modified (or when you break a bone), then your body will aim to restore homeostasis in whichever method is most efficient. But at the same time, I don’t think a goal of anyone’s is to specifically restore or increase bone density in your pinky finger – it is merely a byproduct of a sound exercise program.

Broadly speaking, the body experiences a plethora of sensory input: from the nerves on your fingers, to seeing something in your peripheral vision, or the beat of a song coming through your ears (which can increase or decrease your hormone release), it is truly underrated the amount of sensory overload our bodies are taking from a holistic point of view. 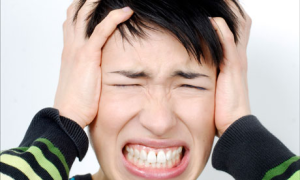 With regards to increasing performance qualities, my job is to provide a positive stimulus, while reducing prevalence of chronic injuries, along with shifting your homeostatic values to increase these performance based qualities.

On that note, the nervous system can influence the other systems in such an indirect way that it is naive to ignore its power.

For example, if your specific performance goals are valued towards an increase in muscular power (which can be quantified through rate of force production), let’s analyze a few of the items involved with that:

Power and Items That Affect Rate of Force Production

And on and on…

Show me one youth athlete that is sleeping 8-10 hours a night, eating well, and training (let alone lifting with proper form!), and I can show you about 100 other kids who aren’t doing anything to help them grow. Point being that it is never one singular issue why your youth athlete may not be recovering properly – it is a multitude of items and the lack of respect towards a holistic approach that is shortchanging your son or daughter (or yourself).

While this post may have been more of a stream of thought writing activity for myself, I believe that this will be useful as I can reference this later on in several other posts that I will be writing about in the near future. With that being said, expect the next post to be tangentially related to this post, a quasi-series of sorts!