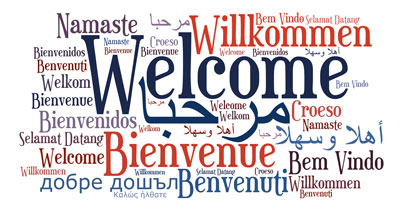 Having the ability to think in different languages is a humongous thing. This is something that I’ve naturally done since I was born. My mom grew up in the Philippines, and worked in Japan. These random facts bring to light the fact that my mom was speaking Japanese, Filipino, English, and Spanish (because it is already relatively close to Filipino due to culture).

My mom was probably yelling at me in all of these languages combined, and it was naturally for me to understand one sentence in different contexts as a baby and kid. Whenever I’m home, my grandma still speaks to me in Tagalog, and I understand what is being said, especially when I’m hungry, when food is on the table, when she needs something, when things matter.

[Side Note: There has been some interesting research talking about how understanding multiple languages as a baby keeps certain windows open during their developmental years.]

I remember in the first grade, I helped my mom during a “Cultures Around the World” program, where we spoke for about 5 to 6 minutes in straight Japanese (keep in mind I’m 100% Filipino). Granted it was relatively conversational in nature, because I was about 6/7 years old, but the story should serve a purpose – having the ability to speak multiple languages is the one skill set that I know I have that makes me different than everyone else.

Now, translating this to my adult and professional life, there is thought process that involves learning how to speak “multiple languages” to different populations of people. I’m not talking about speaking Khmer to my Cambodians, or Spanish to my fellow Spanish-speaking brethren (I can if I need to), but I have the ability to blend in with different friends and populations.

Working as a personal trainer, to youth athletes in multiple populations (hockey, lacrosse, soccer, baseball, dancing, basketball, bboys, etc) all the way to a slightly more older and professional athletic population is merely an extension of my ability to speak multiple languages. It’s a survival mechanism at its least, and my natural intuition at its best.

The way I’m going to communicate a specific drill to someone who plays basketball to make them buy-in is going to be much different than someone who has never played anything other than baseball, for example.

Multiple Skills That Make All The Difference

Another interesting aspect is other people continuously pointing out to me that I am a “certain person” when it comes to a niche, skillset, or any other professionally minded skill.

While I appreciate the notion that I have developed an expertise, it is interesting to hear these observations from my peers:

Read: 5 Thoughts on Conditioning for Dancers

The truth of the matter is that I enjoy diving deep into many different social circles, groups, and creating multiple friends in many different ways.

My purpose is to not “show off” what people have said about me. Rather, I grew up in a world where the word “labels” had a negative connotation, so I chose to diversify my energy into not having any one label!

This is to display that people’s observations of what people think of who you are, and where they fit you in their head should not deter you from what your goals are and what they should be.

Navigating multiple social circles, sub-cultures (I’ve danced, talked about basketball, talked anime, and then talked about getting strong on the front side with athletes in less than about 10 minutes – it happens pretty regularly), along with learning to speak to multiple people and how they view things from their world is a skill set that is difficult to convey in a succinct message.

What Can You Take From This?

One thing that I try to encourage co-workers, friends, and interns to do is to get out of their comfort zone. With that said, if you’re reading this, I highly recommend challenging yourself in this way:

I challenge you, the reader, the thinker, the coach, the trainer, to envelope yourself in another culture, or to discover something about another culture that you would not have known about.

This doesn’t take 20 years to do, but rather small pieces of conversation that truly allow you to become immersed in another person’s life.

You don’t need to, and you can always do whatever the f*ck you want to do, but when you begin to expose yourself to multiple multiple cultures, whether it is hanging out with acquaintances, or members of a rival team, or someone you initially don’t get along with, you’ll find out more about yourself and how you process information, and how your emotions are regulated.

Now, if this doesn’t speak to you, that’s cool. I’m always attempting to push my comfort levels, whether it is in the context of continuing education, powerlifting, or learning what makes a youth athlete tick (it is Snapchat and Instagram at the moment). I challenge you to do the same thing.