Jordan Syatt is a good friend of mine, having shared roots with an internship at Cressey Performance. Although he interned well before I did, we share a commonality for lifting, writing, along with crushing spicy foods, so it didn’t take long before we connected in person.

So with that being said, Jordan filled me in on a product he is now providing for anyone looking to improving their squat. It involves quite literally every topic related to squatting for performance, assessments for squatting, along with troubleshooting tips. With a duration of sub 2 hours in length, you’d imagine that he would have run out of things to say about the squat – but I feel as if he could have gone on for a lot longer.

In fact, when we did meet in person, we talked about a lot – from squatting, deadlifting, benching, and work, internships, and everything in between. 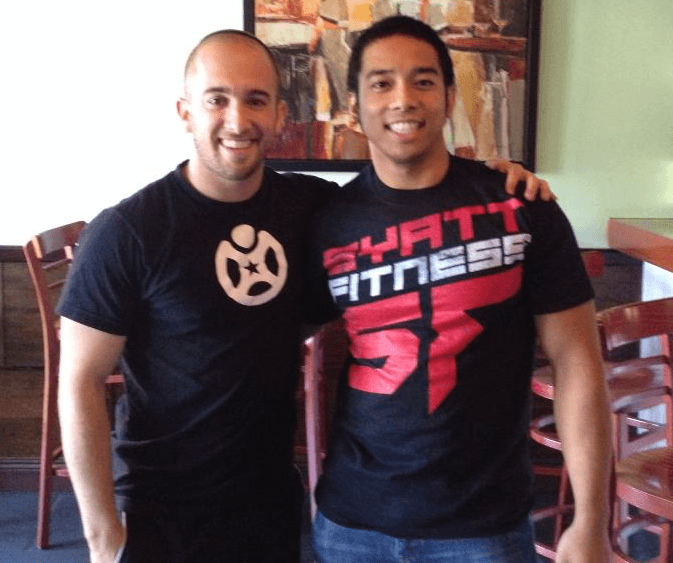 For those who didn’t know before, I do love practicing, programming, and training with the mindset of a powerlifter for several reasons. Personally, I see powerlifting as a modern day form of martial arts, or in reality a different way to discuss movement. On top of that, it is very simple for one to go to the gym, warm-up, yet getting a quick and fairly intense session in with simply the main lifts and one accessory movement. I see no reason not to improve,  taking no excuses, along with a “kaizen” sort of practice – all bunched up into one sport.

With that in mind, I do happen to feel a certain affinity for those who practice powerlifting as well, in an iron sharpens iron sort of way. Also, I love chatting up smart coaches and trainers, and figuring out how they think about certain topics – with Jordan he is not only smart but also hustles from early in the morning to late at night, writing, coaching, and training himself among other things. So if you don’t happen to enjoy super geeky talk on squatting, trust that he put the work in to make any information on this lift easily digestible for you to understand.

On that note, I did a quick interview with Jordan, and he had some interesting thoughts on the squat that I thought would be helpful for lifters and athletes alike.

Q: Jordan, the people may not know who you are, so as an introductory question… Does size really matter? With regards to squatting world records of course.

Resisting the urge to make a bad joke, no, size doesn’t matter.

Too often, in the world of Powerlifting, ridiculous claims are made implying bigger equals better or bigger equals stronger. Fortunately, this couldn’t be further from the truth.

As a wise man, Louie Simmons, once told me, “big isn’t strong; strong is strong.”

Competing at a bodyweight of 132lbs, I currently hold 5 IPA Powerlifiting Junior World Records including a 2.9x bodyweight squat (377.5lbs) and a 3.7x bodyweight deadlift (485lbs).

Unlike most powerlifters, I also have visible abs and maintain a lean physique year round.

If you want to get strong, then focus on strength – not getting as big as humanly possible. Granted, adding some quality mass definitely won’t hurt, but carelessly getting fat in the hopes of increasing strength is not only counterproductive…it’s just plain stupid.

Q: Explain how proper positioning for a squat will help improve performance.

This could be explained in a variety of ways so allow me to use one concrete example.

Old school powerlifter’s often cue their lifter’s to “arch hard” with the lower back throughout the entire squat. Doing so is said to be ideal for increasing total body tension and optimizing technique.

A basic understanding of human anatomy, physiology, and biomechanics shows exactly why this technique is not only sub-optimal but actually dangerous.

First and foremost, extreme arching of the lower back places the hamstrings on stretch and inhibits the abdominals and diaphragm from functioning properly. In other words, through excessively arching the lower back we create an inefficient squat pattern through the simultaneous inhibition of the hamstrings, abdominal’s, and diaphragm, each of which play a central role in squat performance.

What’s more, arching the lower back as hard as possible is extremely dangerous as it increases shear forces placed on the spine. Add a loaded barbell placed directly on the spine into the equation and you have a recipe for serious injury.

Long story short, proper positioning plays a huge role in squat performance. If you truly want to squat as much as humanly possible, take the time to find your optimal alignment; neglecting to do so will eventually come back to bite you in the ass.

Q: Explain how external cuing is favorable over internal cues for those having issues with their squat.

Jordan: Understanding external cues and how effective they are compared to internal cues took both my coaching and training to new heights. 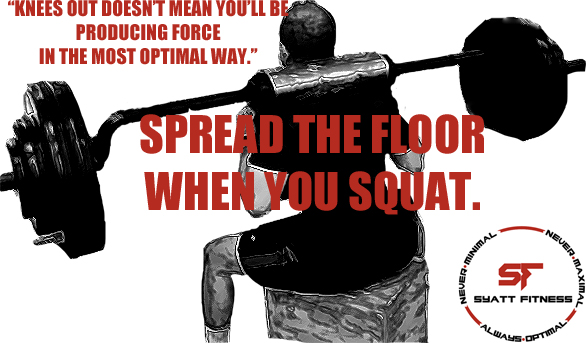 Interestingly, research has consistently found external focus cues to be drastically more effective than those promoting an internal focus.

Anecdotally, I’ve found exactly the same thing; both my clients and I perform exponentially better when cued with an external focus.

Want to take your coaching & training to the next level?

Nix the internal focus cues and start getting your lifter’s to think about how they move in relation to their environment.

Q: Explain how your Elite Performance Squatting Seminar is different than your typical YouTube tutorials that is freely available.

Jordan: YouTube is cool and all but there is absolutely nothing like my squat seminar on the market.

While YouTube video’s tend to give general recommendations, The Elite Performance Squat Seminar teaches you how to assess and correct your individual squat pattern. Not only that, within the seminar I cover optimal squat technique based on your individual needs.

Plain and simple, there is no cookie-cutter advice; this seminar is made for you, the individual, not the masses.

What’s more, I go into excruciating detail covering everything including self assessments, technique analysis, progressions & variations, and programming considerations.

There isn’t a single product (never mind a YouTube video) covering half as much as I do in The Elite Performance Squat Seminar.

Q: Where can people find more information on your EPSS or on you personally?

Jordan: More info regarding The Elite Performance Squat Seminar can be found RIGHT HERE and people can reach me at my website, or by e-mail.

before this Friday, February 21st. After that, the price shoots up! 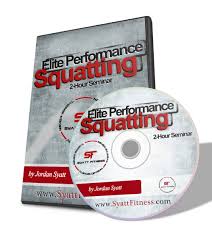 (Just a note, I do receive a bit of compensation if you do happen to click the link above!)