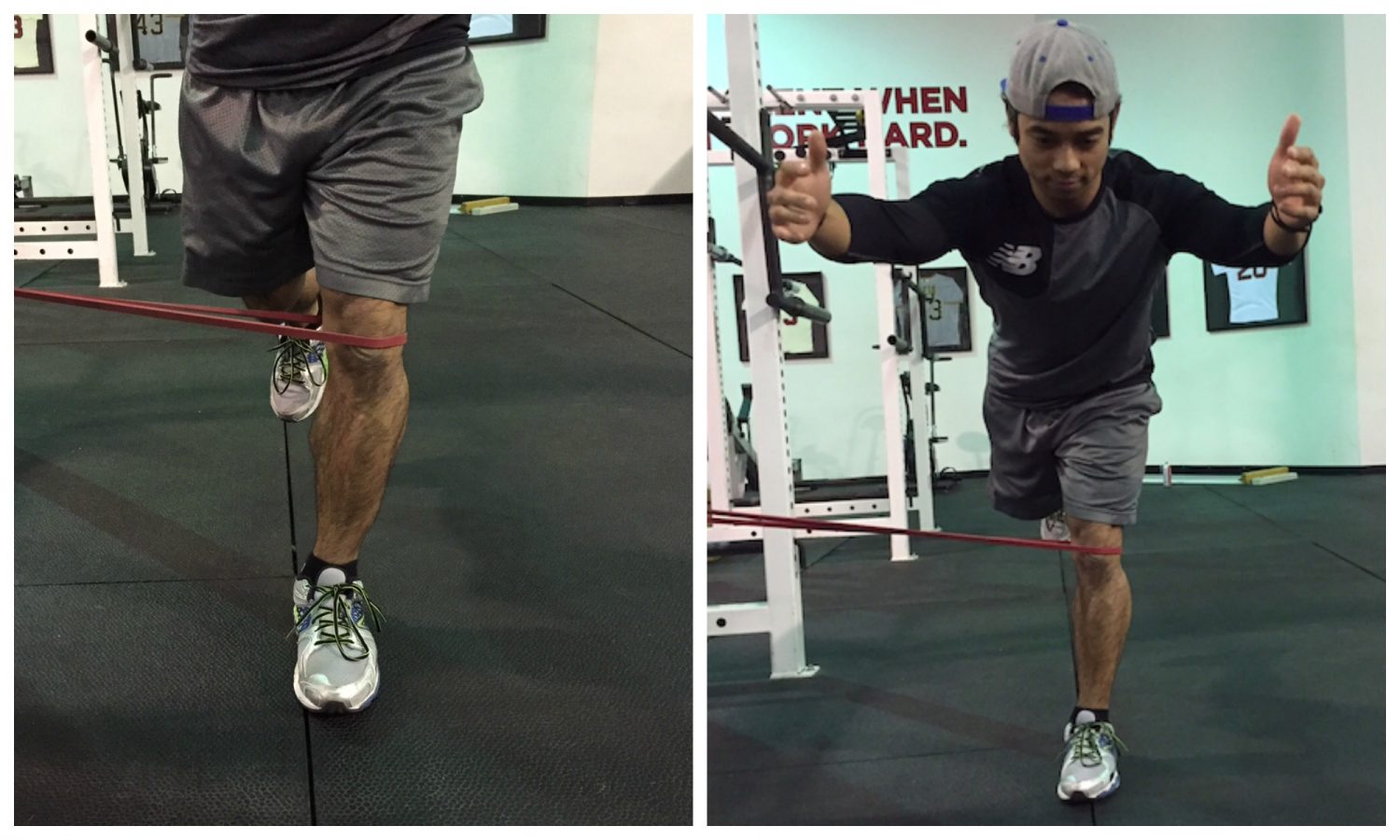 Before I begin, I just want to comment and mention that many individuals want to begin talking about pathoanatomy and all of the complex items that happen in the body, but not many even master the basics and fundamentals before moving onto said items!

In fact, Tony Gentilcore had a funny quip to a tweet I had ranting about this very item. 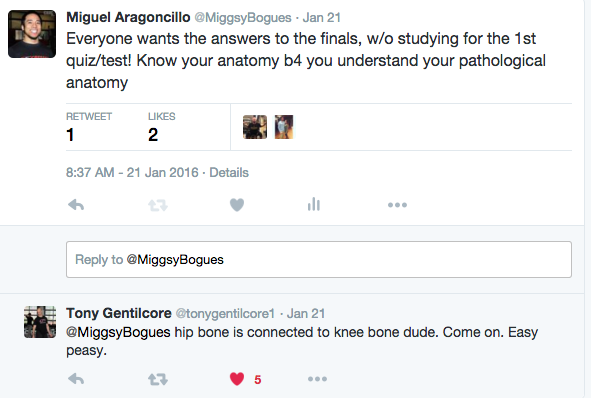 With that under your belts, let’s dive into my newest and most favoritest exercise combination!

The Hip Bone is Connected to the Knee Bone

One common theme that happens quite a bit in many populations that I come across involves the knees exhibiting genu valgus. This is a fancy schmancy word meaning the knees cave in – this could be due to a few things: 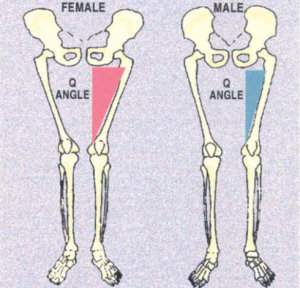 2. Over-pronation of the medial arch of the foot, in which the arch of the foot is rolled inwards. If the foot collapses, the tibias could lose integrity and also fall in height as well, thus causing the patellas to fall towards one another. 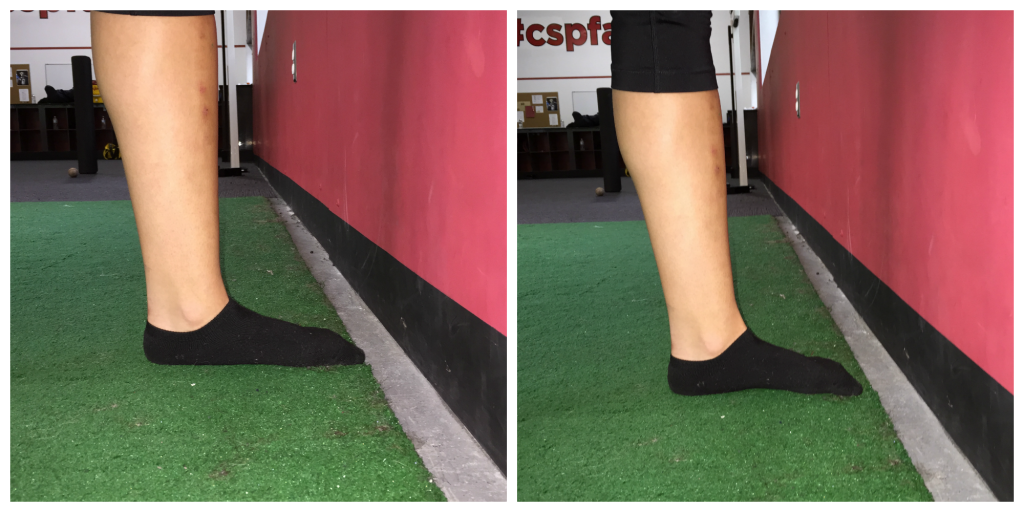 3. Lack of hip internal rotation, which could be due to several factors, such as:

…among many others such as contact and non-contact injuries.

So the mere observation of said information does not help us, rather we (you and I) can intervene in a few ways:

Today I’ll be going over how to improve option three, in which I introduce the single leg hop where the landing is “stuck,” paired with a single leg squat, or bowler squat, with a subsequent medial band pull.

The single leg hop is a great regression or even beginning assessment tool to see how an individual interprets how to accelerate away from the ground, along with how they decelerate and negotiate gravity.

When an individual lands, a few incorrect items may occur:

Long story short, I am looking for alignment of the foot, knee, and hip.

Further, starting and ending with a lowered position allows an individual to react appropriately with respect to athletic endeavors – if the athlete lands in a higher position, there is less ability to decelerate using the posterior chain/glutes, and more likelihood the person will have to lower themselves in order to get faster, which takes time they could have saved if they just landed lower to begin with.

The bowler squat with a medial band pull requires the individual to maintain all of these alignment items, along with maintaining a lowered center of gravity.

I’d also increase the demands by requiring the athlete to pause for 2 seconds at the bottom position, which will take any momentum out of the equation, and challenge their core integrity.

Note: When you have the band pulling on the leg, make sure your most outside leg has the band pulling them inwards toward the midline – otherwise you are assisting your knee in maintaining appropriate alignment. The purpose is to challenge the vestibular and nervous system by pushing the body out of alignment!

How Can I Program This?

I believe this can be a great precursor towards improving frontal plane development, or even single leg forward hops or bounds. For this reason using this as a “reminder” in the warm-ups may be the best bet.

Make sure to use a slightly less challenging band, because a very strong, or one inch or thicker band, may be too difficult and might hurt more than help!