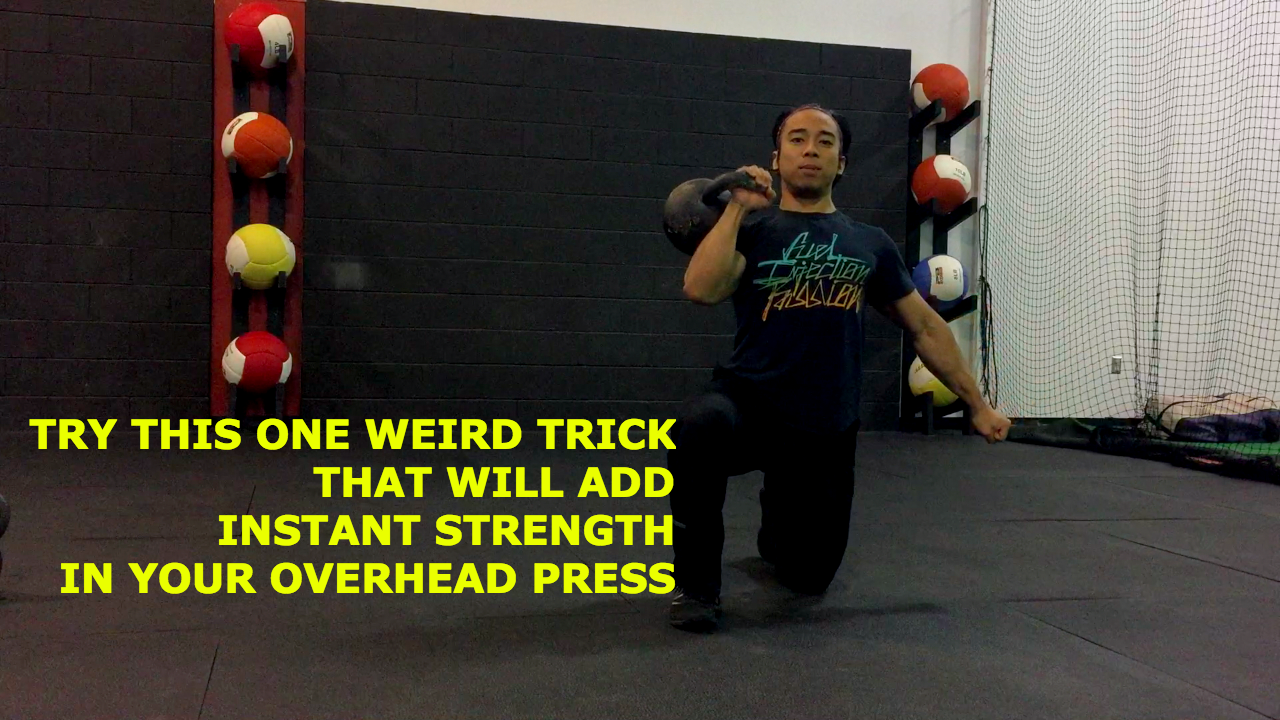 There is a thought process that performing several different variations of a pressing, rowing, or various abdominal exercises in a half kneeling position will be beneficial for several reasons:

Traditionally utilizing a pattern such as the half kneeling position will require a contralateral position of the working arm and opposite stabilizing leg.

In other words, if you are performing a half kneeling 1-arm cable row for example, and you are rowing with your right arm, you will have your right leg back in hip extension. 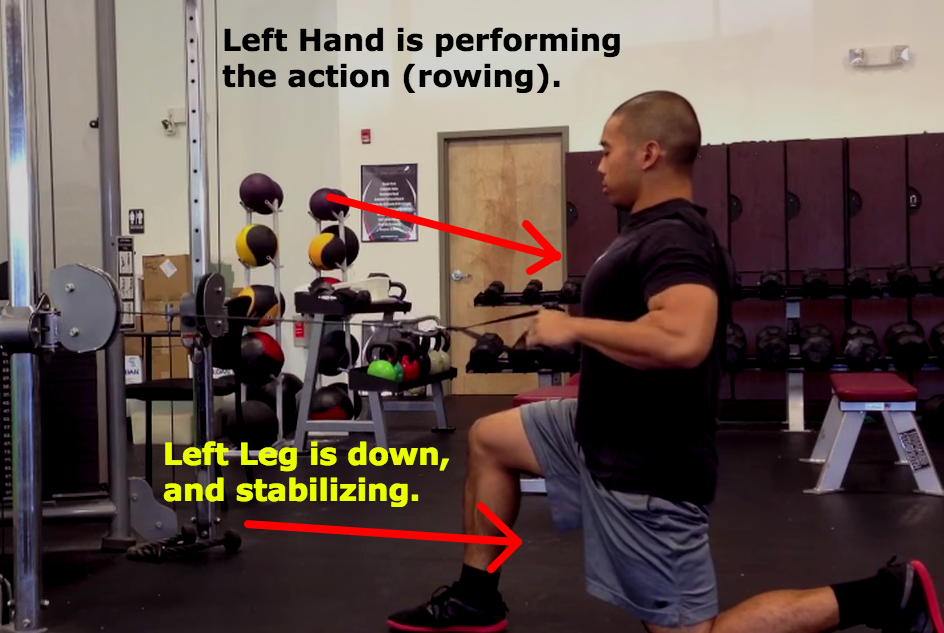 However, this rule of “same arm that is performing the action, requires the same leg to move” is not a hard and fast rule.

One weird trick that goes against this notion that has helped involves using the same side for both the movement and the leg that is “up,” or in other words if your right hand is moving a weight, you should have your right leg up in hip flexion to help stabilize (instead of having your knee down on the ground).

The reasons this may be more efficacious towards instantaneous strength can be traced towards a sequence of developmental periods of growth as we grow from babies into functioning and developed toddlers/kids.

There are also other reasons why this may work, as if you are attempting to push from a position that is compromised or restrictive in nature (half kneeling, for example), you can recruit the side that is pushing by bringing that same leg up into hip flexion, which will recruit more obliques on that side.

Further, you can create more stability in your posterior chain and “push” (or perform whatever action) in a better position via recruitment of your lats as you have that same leg up.

Interestingly enough, we don’t seem to question this stability in the Turkish Get Up, where you use the same hand that is holding the kettlebell, and using the same leg that is in hip flexion…

Make sure to recruit total body tension via irradiation as you perform these movements, which merely requires tightness throughout your legs, abdominals, and opposite hand that is not holding anything (Bonus Trick: Try holding a Fat Grip or other item and squeezing if you can’t develop tension in a hand that doesn’t hold anything).

Well you can program this in any capacity for what it is worth. I usually like having half kneeling and unilateral stability exercises as a secondary or part of a “B Series” of exercise selection.

This doesn’t mean you need to adhere to this rule either, but it can help improve further push big numbers after performing a bench press or other bilateral movement pattern.

These movements can greatly benefit you towards improving your strength and even hypertrophy, because if you can press more weight, well then you can recruit more muscular fibers, and perhaps even improve upon your physique.

So many fun things can happen when you begin to understand how to manipulate the neuromuscular system! :)