Within a youth athletes’ career, it is imperative to keep in mind that between the ages of 12 years old to roughly 16 or 17 years old is considered developmental. I use the word developmental to describe the large discrepancies in variance from athlete to athlete. Developmental also because the athlete has a plasticity for learning and building a movement (and psychological) foundation for success.

These developmental changes are found by observing fluctuations from 1. a hormonal perspective, which is reflected by changes mostly associated with puberty, 2. neural motor control, which can be reflective of different movement patterns more or less easily performed by the growing athlete, along with the most obvious physical changes found in any given athlete if tracked for a long enough time. 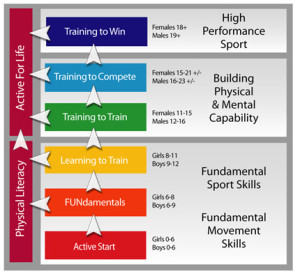 With that said, one perspective that an outsider looking in to our industry (strength and conditioning) may immediately have a knee-jerk reaction of what is most appropriate and what is not. Often, the first thought may be conditioning, running, or some type of fatiguing activity that at face value looks a lot like hard work.

A step further into this perspective can build on the concept that there is something a little bit deeper going on besides running poles or taking (multiple) laps.

With that foundation and perspective laid out, I’ve had the fortune by occupation of learning some details involved with sprint mechanics and other movement protocols.

Sprints and change of direction drills may be the default idea that many “strength coaches” and “I work with that trainer guy who lives 20 minutes away from me” think of when describing a typical training session for a given set of athletes. I assure you this is not the case when determining how to improve the movement quality of many of the training sessions that I supervise, and from a logistical point of view, I am of the belief that by incorporating sprint oriented drills prior to a traditional strength training session, we can arrive at these benefits:

However, one of the bigger ideas that need to be addressed, besides the given strength training aspect, is developing a greater vocabulary of movement patterns that can be fine tuned as the athlete goes through various “schools” of learning.

It is my opinion that these movements should be universal to a large variety of athletes early on in the athletes training career if it is possible. Depending on the athlete’s chosen sport, choosing to practice technique for sprints and change of direction (CoD) drills will help the athlete accumulate a greater vocabulary of these given movement patterns – that will hopefully translate to a greater success later on in their athletic career (and perhaps even life if the opportunity still presents itself to live an active lifestyle outside of work!).

My argument for this opinion is this:

Sure, in order to pitch you don’t need to learn how to sprint. However, say you successfully get your opponent to a 3-2 pitch count. You throw a breaking ball, and they hit it in a way that the first baseman must move away from first base in order to make the correct play. Due to field position, you need to cover first base after the play pushes the first baseman to this precarious position, whatever it may be.

As a pitcher, will you walk to first base to cover the out? Sprint? Jog? Pull a hamstring because you never practiced sprinting before? 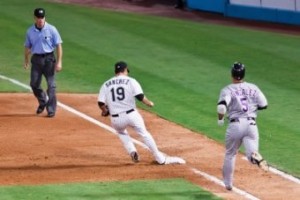 You certainly won’t be Spiderman Lunging to first base, but you perform this movement as a general preparatory exercise.

…Yet you won’t work on and enhance your sprinting technique because …?

Practicing these generalized movements, while not your “role” within the immediate prioritization of the sport itself, will help you become a more well rounded athlete. 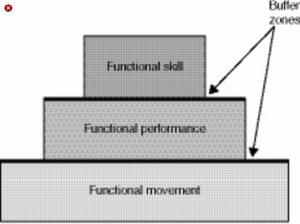 To present another scenario, say you really enjoy these sprinting drills as a 12 year old in a great environment of a gym. You enjoy these drills enough to continue with sprinting as a track and field athlete while you enter high school. And long before you know it, you become a possible contender in high school for a scholarship in track and field in whatever event – all stemming from working on some fun drills that involved skipping, running around, and reacting to cues from a coach who made things fun for you when you were growing up.

Certainly these thoughts are extrapolated to the “n-th” degree. However, these scenarios are certainly possible as well. These are merely some of the thoughts that cross my mind when teaching and allowing the people I come into contact with on a daily basis at this point.

With these largely reflective and tangential thoughts out of my head, here is an article I was fortunate to have published on STACK.com recently.

–> Burn Your Competition With this Sprint Workout <–